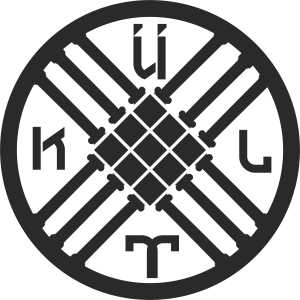 A message from our new sponsor, Kült TV.

We have recently recieved word from an organisation based in Turkey known as Kült TV. As always we are suspicious of shadowy individuals perporting to know the truth. Our head Scientist Bill, in particular is quite skeptical. However in the interests of transparency we have included the communique in full, translated into English. If you want to read this in Turkish, please use the link above.

Bill, our head scientist, has been frantically analysing this data and has provided his initial commentary.

Find out more about Kült TV at http://www.kultbilgi.com or on their YouTube channel

Hello, people researching the cult TV Merhaba As a result of our cooperation with Zombieclock.com, I will share some developments here with you. In the beginning, living dead who introduced themselves to the world with the films of Holywood, have also started to be discussed seriously in the scientific circles in recent years. I have compiled the most probable ones for you.

Popular culture in recent years is the biggest leap to zombies. The United States announced that in 2016, as you will remember, the drill against the zombie epidemic. After the United States, he announced that he had prepared an action plan for a possible zombie invasion in England and made it clear how serious the event was.

Numerous series of films and thousands of novels and articles were written on zombies.

In the popular culture, whose origins are based on the wizards of Haiti, I researched 5 topics that could scientifically lead to the zombie epidemic that resurrected and died of human flesh.

It is very common in nature that parasites turn their victims into brainless zombie-like slaves. A parasite called Toxoplasmosa gondi shows us how horrible this might be. This parasite is infected by mice, but only in the intestines of cats, and in the consciousness of it, it starts to control the brain of the mouse. The mouse continues his daily life with only one difference, the room does not perceive the cats as a threat, but tries to find them. In this way the parasite feeds the cats and manages to multiply more. People and mice are genetically very close to each other. In other words, to begin a zombie apocalypse, it would be enough for the toxoplasmosis to evolve into humans.

This sounds suspiciously like what we suspected occured in Curious Falls last November. Science dictates that indeed we must take a very scientific approach to further study of this potentially very scientific discovery. And we must always be respectful of cats. Always.

Neurotoxins are very complicated poisons which can slow your body functions to a point where you are considered dead.Victims can be evoked by alkaloids. However, when they return, they do not exist; They continue their lives with only instinctive commands like eating, sleeping, moaning and moving their arms dazily.In Haiti, a woman named clarvus was killed and buried in 1962. 18 years later, he was found unwillingly on his way to his home and taken home. Then, the house was passed to the official records of his dog alive. As a result of a police investigation, a voodoo wizard gave her a neurotoxin to work as a slave in a sugar field.

This is interesting, although unfortunately zombieclock cannot corroborate these claims. We will keep our ears peeled and our science primed for any examples of wizardry or related neurological toxins.

Rage, known as mad cow virus amongst the population, attacks the brains and backbones of cows, making the animal wild even against its own species.When this virus is transmitted to humans, changes in walking, contractions, problems of focus, loss of saturation and loss of consciousness are observed. Another feature of the virus is that it evolves very quickly and changes its character.

We are unsure of the impact cows will have on a potential apocalypse. However there are proven statistics around how damaging animal agriculture (in particular cattle) is to the environment. Intensive farming of cows is a massive cause of greenhouse gas emissions, uses a huge amount of land, water and human consumable feed and is overall an incredibly inefficient and damaging way of producing relatively little food. They are also reguarly pumped full of antibiotics as a cheap way to prevent disease, this is gradually leading to more and more strains of antibiotic resistant bacteria being discovered. Bad news for everyone. So try to eat less beef and more sustainably sourced vegtables. It's cheaper, healthier and better for the environment.

You have heard of stem cell research. Neurogenesis can be defined as wildcard cells with unique character that can replace dead brain cells. So far, medicine patients have been able to save almost anything except brain damage, such as pacemakers, artificial valves, prostheses and so on. But there was no return when the brain died. But it doesn't have to be anymore. Today Neurogens can fix the brains of patients with brain trauma. Shortly after the beginning of the road, however, it is predicted that many of the dead brain cells can be replaced with this treatment. The problem is that the brain starts to die from inside to outside So the cortex part of your brain that makes you human is dying first. The cortex is not necessary for your survival. In other words, if you take a person whose brain death starts to occur and create the brain stem with stem cell therapy, you have a human who lacks the thought and character in your hand and only acts with the basic instincts to survive.

Our clock has not yet detected anything like this happening, however we cannot rule it out. We will continue analysis. 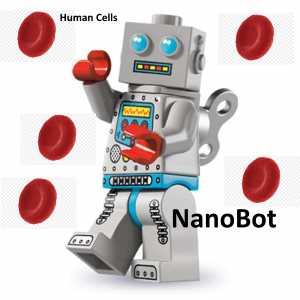 You've all heard the famous Illuminati playing cards. These cards, which were introduced by Steve Jackson Games in 1994, are actually a scourge of scripts rather than games. Nuclear disaster in Japan, tsunami, twin towers attacks, real estate crisis, Clinton and Obama's president was always informed of these cards years ago. Many cryptologists have discovered that a certain arrangement of cards has taken place on certain dates, but the date on which the event on the card is not yet resolved. One of the most frightening of the Illuminati game cards is the transmission of an artificial zombie virus to humanity to reduce the population and create a new world order. I feel like you say this is impossible, but scientists and conspiracy theorists, even if we take the event a step further, the doctors working under the illuminine's secret laboratories and threatened it are exactly the opposite.Science passed over 15 years to create the first nano-cyborg by linking a small silicon chip to a virus. The first thing they found was that they continued to live even months after the death of the cyborg.Even in the early stages of research, look at how close the scientists dealing with nano-technology are to create a zombie. They must know how to prepare the end of the world.World health organization this year to enter your brain and damaged neuron connections to re-establish the nanobots on the people began to try to explain. What could be wrong when the nanobots combined the broken ties in your mind?

We can guarantee that there will be nanobots in your brain in the very near future. They will continue to work after you die. So they can replace the decaying cells in your brain and control your muscles and joints, and they can do it until your whole body is rot. Nanobots are programmed to reproduce themselves and can mimic cells, but the death of the body's owner will ultimately be his death. He will want to transfer himself to a new body in order to sustain his assets. So the nanobot zombie will want to find a healthy victim and bite it, and the nanobot transmitted through the blood will be able to begin its work to regain the order in its new home. The nanobot passing to the new victim will be able to deactivate the cortex of this creature and take control with the brain stem. Thus the world will be filled with an ever-expanding army of brainless people. It will also act as a food source when it moves with a self-sense of inner self-sense. It is obvious that such a nanobot epidemic will be the end of everything we know.

I built a robot butler once. It's a very long story but in short this "friendly" butler ended up catching on fire when cooking my morning toast and nearly burned my lab down! I have been highly skeptical about all kinds of "bots" ever since. If I catch a NanoBot anywhere near me, it will be sorry.

Find out more about Kült TV at http://www.kultbilgi.com or on their YouTube channel

A message from our new sponsor, Kült TV.